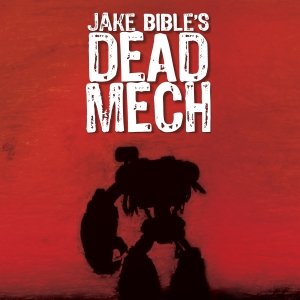 Hundreds of years after the zombie apocalypse decimates the world, human civilization has put itself back together again. Their secret weapon against the zombie hordes: the Mechs. Massive robotic battle machines.

But what happens when a mech pilot dies in his mech and becomes a zombie?

Hell on earth is unleashed…

Prepare for a high action, fast paced, hell ride through a futuristic wasteland as Mech Base Commander James Capreze and his crew of mech pilots battle zombies, cannibals, religious cults and worst of all, the Dead Mechs, all to try and save the human race one last time.

Jake Bible’s Dead Mech:
The future may not be completely dead, but it’s on its way…