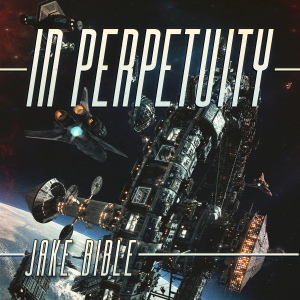 For 2,000 years, Earth and her many colonies across the galaxy have fought against the Estelian menace. Having faced overwhelming losses, the CSC has instituted the largest military draft ever, conscripting millions into the battle against the aliens. Major Bartram North, Chief Training Officer on the CSC Training Station Perpetuity, has been tasked with the unenviable task of coordinating the military education of hundreds of thousands of recruits and turning them into troops ready to fight and die for the cause.

As Major North struggles to maintain a training pace that the CSC insists upon, he realizes something isn’t right on the Perpetuity. But before he can investigate, the station dissolves into madness brought on by the physical booster known as pharma. Unfortunately for Major North, that is not the only nightmare he faces- an armada of Estelian warships is on the edge of the solar system and headed right for Earth!

Major North has one chance to find out the truth, rescue the Perpetuity from its madness, and defend the Earth from attack, or all of humanity could be lost forever!