The Americans and Metal And Ash are now available!

I am very pleased to announce that books 2 and 3 of the Apex Trilogy are now available!

Here is the cover for The Americans! 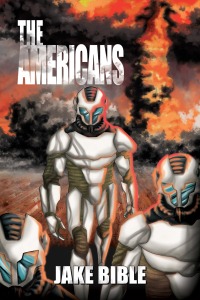 And here is Metal and Ash!

I am loving these new covers (still love the old ones too!). Click on the pics and you’ll go to the ordering pages!

Comments Off on The Americans and Metal And Ash are now available!

DEAD MECH and the Apex Trilogy

Many of you may know, but many more may not, that Severed Press has picked up the entire Apex Trilogy!

They will be re-releasing DEAD MECH, The Americans, and Metal and Ash this summer. The ebook for DEAD MECH should be up for sale by this weekend (July 5th), with the others following soon. The print books take a little longer due to formatting, printing, etc. But ebooks, yay!

And I get to show you the new cover for DEAD MECH:

I posted it super big so you could see the coolness. Now, I am a HUGE fan of the original cover, but when switching to Severed we needed to make sure to differentiate between the two releases. That means if you have the original it is now a collectors’ item! Um, if there are collectors out that collect my stuff. Sure there are!

How is this version different? Everything is the same except for some serious line edits and proofreading. Not that the first one was a jumbled mess of Esperanto, but the editing (while professional) wasn’t tight. This manuscript is tight. TIGHT! The same treatment will be given to The Americans and Metal and Ash.

So be on the lookout for the announcement of the re-release of DEAD MECH! Spread the word, get a copy with the new cover, tell your friends, buy fifty paperbacks and chuck them at strangers while screaming, “Eat that, deader scum!”. Or something along those lines.

I will keep you posted as it all progresses to glory! GLORY!

Comments Off on DEAD MECH and the Apex Trilogy

So I am pretty freakin’ stoked to announce that the Severed Press has picked up the Apex Trilogy!

That’s right, folks, DEAD MECH, The Americans, and Metal and Ash will be re-born and re-released into the world! Severed Press is a small horror press that is making great strides in the publishing industry. Based in Australia, they have released some great horror fiction by authors such as Wrath James White, Tim Curran, and Eric S. Brown. They plan on updating the covers (So cherish the versions you have now! Collectors’ items!) and getting the entire trilogy out into the world again this summer (or winter down under).

Why, you ask? Why go with a publisher when I have already self-published the series? Simple: I don’t like being a publisher. You know how I walked away from podcasting because of the time thing? Apply that to self-publishing. It takes a lot of time and energy and makes a writer a bit schizophrenic. I would much rather go with a publisher, even a small press like Severed, and let them deal with all the headaches of editing, formatting, cover design, proofing. I need time to just focus on writing. This doesn’t mean I’m not still self-publishing Natural Born Cyborgs. I am. It just means that the Apex Trilogy will have better exposure to publications and reviewers and I’ll have more time to focus on Natural Born Cyborgs since I won’t be as busy trying to hustle and pimp the Apex Trilogy.

But rest assured that my hustling and pimping days are not over. Hell no, yo! I am a writer in the 21st century. I’ll be pimping the shit out of the Apex Trilogy! But I’ll have a publisher in my court, getting my back, on my side, another colloquialism, which is nice. Being solo is lonely. Sure, there are indie groups I could align with, but so many are reactionary and divisive. I’m just not that guy. This is writing, people, not the bloody French Revolution. No one’s lives are at stake, despite the hyperbole by the extremists on both sides of publishing.

Which brings me to this: there are no sides in writing. It isn’t Us vs. Them. It isn’t Big vs. Indie/Self/Martyr. It isn’t about who gets the best percentage of royalties, or whether or not you have control over edits and cover. It’s about the writer and the reader. With this deal I get to reach more readers and spread the fun that is the Apex Trilogy. It’s like I’m Jakey Writerseed spreading my wonderful word herpes across the land! Across the WORLD! WORD HERPES FOR ALL!

Ok, that was a bit much even for me.

The bottom line is I will have all the privileges that go with being published. I want to expose more readers to my word herpes, I, Uh, need to stop saying that. I want to expose… Maybe not use the word expose? I want the Apex Trilogy to find new readers and to make a bigger impact in fiction than it has. I want it to gain more attention so maybe when it comes time to launch the comic book series, or a movie producer comes sniffing around, it will have a strong enough name as a franchise to get the dues it deserves.

So, whoop, there it is. I am going to be an officially published author with all the treasure and warts that come with that. It may also mean my local bookstore will return my emails. Snobby bastards…

Anyhoo, be on the lookout for more announcements about the release dates. And spread the word!

Posted in Dead Mech Podcast, Metal and Ash, The Americans Podcast, What's Up....

Comments Off on Three Book Deal With Severed Press!

Friday has risen and it is hungry for Drabbles!

Good thing I have one for it tonight. You’ll be able to read it below before it is devoured.

I also have many more drabbles for Friday in the form of One Foggy Night: A DEAD MECH Prequel Short. This is currently free on Amazon! Go get yourself a copy. Have your friends, family, neighbors, enemies get a copy too! If we get it into the Top Ten of any bestseller list on Amazon then I will record it and put it in the audio feed. That means you can buy it and not even have to read it yourself! ALL FOR FREE! What a country!

So get to that.

And now for tonight’s Drabble…

The Problem
By
Jake Bible

The split up the backside of her jeans wasn’t the problem; being larger than most girls she’d split her seat plenty of times before.

The entire cafeteria laughing wasn’t the problem; she’d dealt with that many times.

The laughter by the football team, especially her secret crush, wasn’t the problem either; he was the star quarterback and she knew she never had a chance.

The building rage that boiled over and turned into a blinding, murderous wave of energy wasn’t the problem; that was pretty cool, actually.

No, the problem was: what would she do with all the bodies?

Disclaimer: At no point do I condone mass murder by telekinesis.

So about a month ago I published One Foggy Night: A DEAD MECH Prequel Short. This was a story I wrote a couple years ago as part of a prize for a contest I ran.

My plan when I published it was to wait until it was price matched as free on Amazon so I could then really announce it and see if we could push this little sucker up the charts. And it is now free on Amazon!

So let’s push this little sucker up the charts! All you have to do is click on the cover photo below and you will be taken to the ebook page on Amazon. Buy that puppy and spread the word! It’s free so tell your friends, family, co-workers, neighbors, etc. No one has to read it or even like it, just buy it. This will help gain some exposure for DEAD MECH and the whole Apex Trilogy as the Summer reading season fast approaches.

It costs you nothing, just a little time, that’s all.

AND, guess what? If we hit the Top Ten in any category on Amazon I’ll record this puppy and throw it in the feed! You don’t even have to read it! You can just pimp this bitch and kick back and wait for my wonderful voice to fill your earholes with sweet, sweet wordy love!

Now get to clickin’!

Years before the events in DEAD MECH, many of the characters find themselves in one city/state at the same time. Foreshadowing events to come, One Foggy Night is a prequel short to DEAD MECH. Get a peak at Masters, Harlow, Jay Rind, Bisby, Stanislaw, and the Rookie years before their fates are sealed. Blood, sex, action, murder, and moonshine- in the Wasteland anything is possible!