What is this? A new novel is out in ebook? A new space opera series unlike anything I have ever written?

Welcome to Reign of Four! 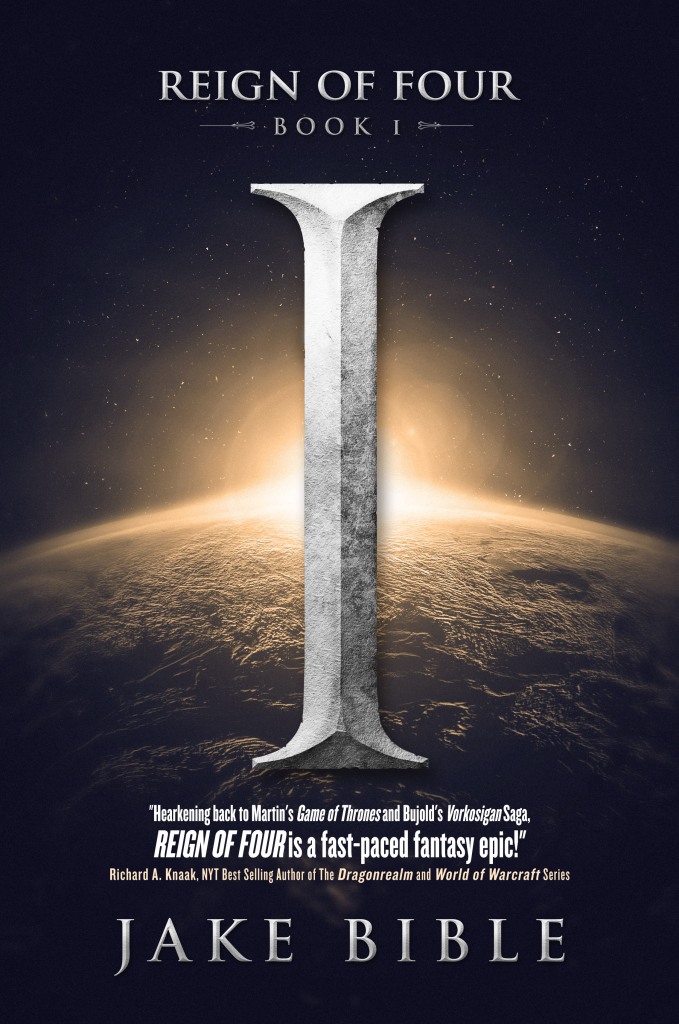 Ain’t that just one sexy cover?

And here’s the sexy description!

“Millennia ago, planet Helios held a grand technological civilization. But the Cataclysm tore the land apart, and the survivors were forced to flee to the Six Stations, the artificial planetoids that orbited Helios. It did not take long for their society to devolve into a virtual medieval world, with barely enough technology to survive the harshness of life in space.

Out of this culture arose a line of monarchs called the Reign of Four. Alexis Teirmont was the First. He was a visionary, a warrior and a tyrant who was not immune to egotism, cruelty, and revenge. He would change the very fabric of the System. His reign would be remembered throughout history for both the good–and the bad.”

Not to mention the sexy blurb it’s gotten!

“Harkening back to Martin’s Game of Thrones and Bujold’s Vorkosigan Saga, Reign of Four is a fast-paced fantasy epic!”- Richard A Knaak, NYT Bestselling Author of The Dragonrealm and World of Warcraft series.

Reign of Four is (wait for it) a four book series and what I call medieval space fiction. It is the story of Family Teirmont and the four great monarchs that would change Aelon Station and all the stations of System Helios. Based on the real lives and reigns of Edwards I, II, III, and the Black Prince of England, it truly is historical fiction set in space. No laser guns, no zippy starfighters, no wormholes or transporters or faster than light travel. These folks are lucky to get the video systems broadcasting on their stations. It’s long blades and court intrigue, passionate love affairs and political deceptions, religious domination and personal struggles.

Reign of Four is truly epic and you will love it!

The first ebook is out now with Book Two coming in August (feel free to pre-order) and the last two coming this fall. Plus, the print books will be out this fall, so keep your eyes peeled at your local bookstore and Barnes & Noble!

Comments Off on New Release! The Reign Of Four Series!