Back for more, is ye? Arrrr, well it does me heart good to see so many familiar faces on such a strange night such as this.

Okay, I’ll admit I have no idea why I wrote the intro to tonight’s post like that. I was channeling some pirate spirit or something.

The last of the MEGA books is finished, published, and ready for your sweet, sweet eyeholes to gaze upon and devour! (By the way? Your eyeholes are weird, yo.) 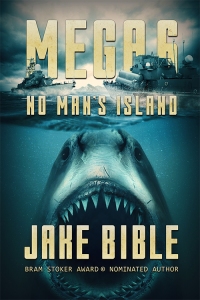 The last fight is here!

Team Grendel and the crew of the Beowulf III have met their match. A sadistic maniac has them in her clutches and the last MEGA is on the hunt for revenge. It is a race to see which evil destroys Grendel first! Or will the team of misfits, mad scientists, and ex-Navy SEALs finally prevail and be allowed a chance to live out their lives in peace?

The mystery is over! The enemies have surfaced! Now all Team Grendel and the crew of the Beowulf III have to do is survive one last conflict!

Get ready for the sixth and final installment in the MEGA series!

Click on all the crazy links and go get that baby!

Now, on with the 100 words of free entertainment!

Off
By
Jake Bible

In the dim light by the trees stood Halston. A towering figure that appeared diminutive against the backdrop of ancient redwoods.

No one in their right mind would consider Halston diminutive, though.

But, Vicky wasn’t in her right mind, was she?

Vicky was…off. Not that Halston was on. All those blades…

She did not care. She reached him and they were gone.

Into the redwoods, lost in the ancient shadows. Gone.

Oh, well. Those two were off, anyway.