Look at this thing of beauty! Kaiju with three heads! THREE HEADS!

For those that do not know what Kaiju are, just think Godzilla and all those giant monsters. That’s Kaiju. Kaiju are cool.

And, since Kaiju are cool, Severed Press has released book two in my Kaiju Winter series.

Kaiju Storm has been unleashed upon the world! And by “unleashed”, I mean published and ready for your eyeholes to absorb. Yay for eyehole absorption! 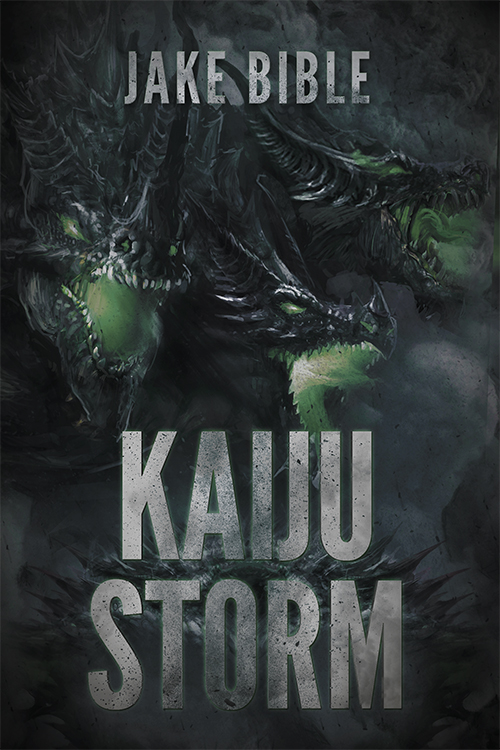 The Yellowstone supervolcano has erupted and out of the massive chasm of its smoldering caldera came the kaiju- giant monsters bent on destroying everything in sight! Federal Marshal Lu Morgan and her ragtag group of survivors and government agents fought hard to stay alive and defeat the massive monsters, but now a second eruption has sent things even more deadly flying up into the ash cloud that covers the land.
The US government, the survivors of the eruption, and a team of scientists must fight a new evil that falls from the sky and turns animals, and people, into grotesque creatures bent on killing every living thing in their path. It is a race against time, and a race for survival, as all involved struggle to find answers as to where the monsters came from and how to stop them.
If stopping them is even possible!